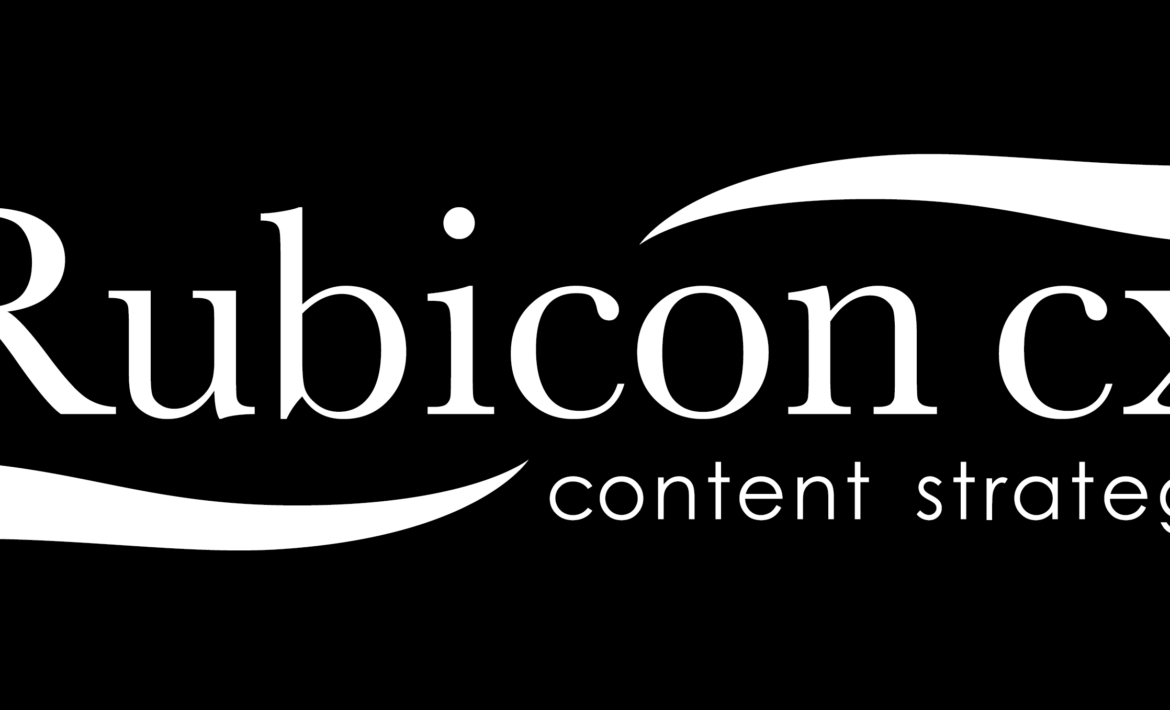 While the wheels had been in motion for a little over a week, but Rubicon CX’s official first birthday is next week (January 23), but I had the time to do this today. With that in mind, I have some reflections to share about my first year of business in a most remarkable year in many ways.

First, a bit of background: I’d always considered myself a soldier, not a General, so that alone made this a huge step for me personally. However, in the circumstances, it seemed the best option. After 20 years of working for larger agencies and a huge corporation client side for 2 years, that road seemed to have reached its end. For Christmas in 2019, I got the unexpected present of being fired. Yes, I can waffle and say I was frustrated and thinking about leaving anyway, but that’s just rationalization—I was fired (even though it was couched as a “mutual uncoupling”).

That was the first time I’d ever been fired, and it hurt.

With that bitterness in my mouth, I wasn’t sure I could commit to another large agency and going through the same things I had gone through the previous 3 years (cleaning up other people’s messes, trying to build something without the required authority or support, etc.), and I wasn’t quite ready jump on the corporate ladder either. So that left me with one choice really—start my own business. So, in early January 2020, Rubicon CX was born. I’d long played with the idea in the back of my head, and this seemed like the right time.

But, you see, I had no idea how to even do this, so I did what I know. I picked a name, built a website and marketing materials, updated my social profiles, and filed the one thing I knew I needed to form an LLC. There is so much I know now that I didn’t know then.

Right out of the gate, a former colleague contacted me with some potential work, and it all worked out to jump in almost immediately. And you know what? The work was interesting and fun, and I didn’t have to deal with all the administrative hassles and meeting that I had been used to.

Things were moving forward swimmingly, then the pandemic hit, and my first client was put on hold (as a hospital, they needed to focus on their patients, understandably. Right into the breach another client stepped in, with less work, but work nonetheless. And it was also very cool work. And thus, it has continued throughout the year. Projects have dovetailed nicely, and I only really had two to three weeks of total non-project time for the year, and I only fell short of my projected revenue, which was admittedly rosy, but it’s still not bad given the year we experienced (and ramifications we still are experiencing). I even have had to turn away interesting work, which is kind of a luxury.

As I moved forward, I found I had to build a lot of the infrastructure (forms, invoices, W-9s, and bears oh my!) for my business on the fly. Not only learning to fly in mid-air, but also building plane and refitting it twice in mid-flight. Somehow, I muddled through, but I could never have done it alone. I’ve had great clients, great partners, mentors, and, most importantly, a supportive wife.

And the whole time, the work was so much more fun and cooler than I had worked on in years. So, here’s to 2021, and may the river continue to flow unimpeded.